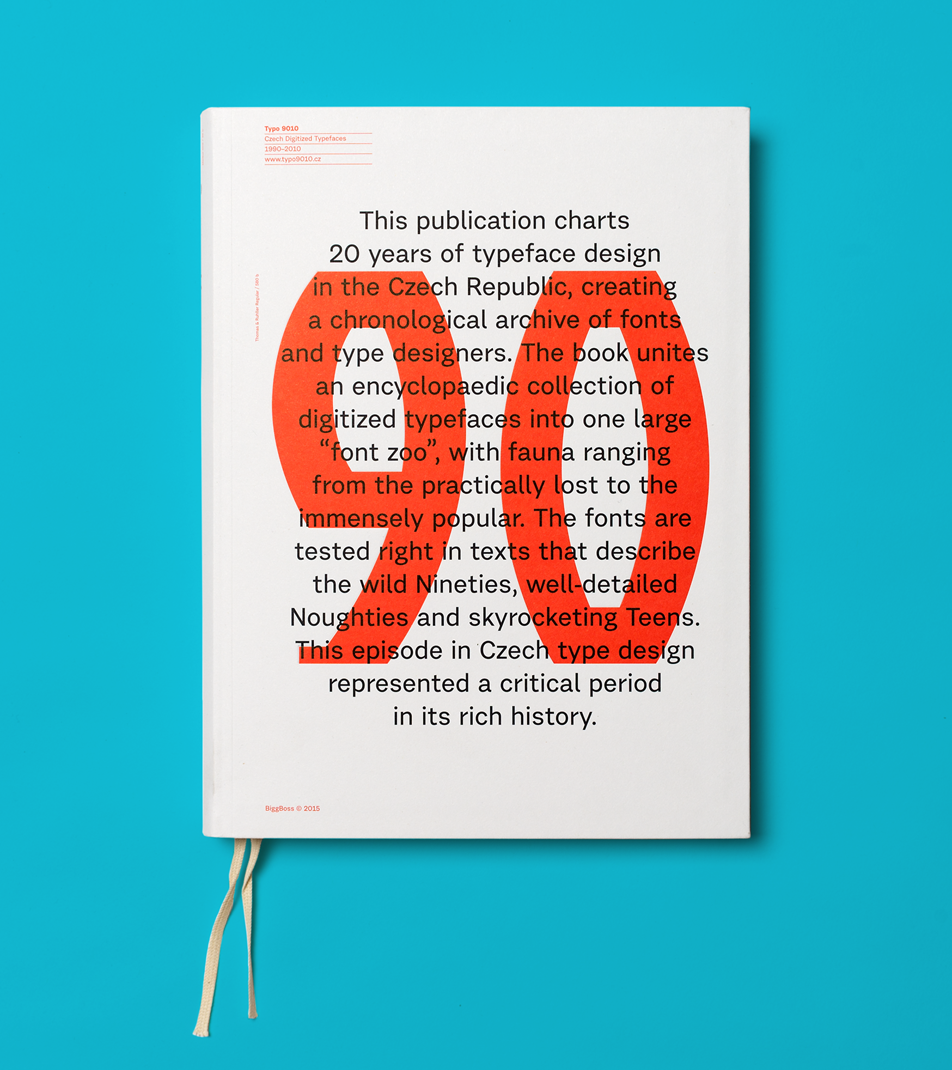 Typo 9010 unites an encyclopaedic collection of Czech digitized typefaces starting from 1990, a time when computers were starting to replace phototypesetting and copying letters by hand, and ending with 2010, when almost a dozen small type foundries were operating in the country.
The book captures the most important moments at the oldest Czech type design studio (at the Academy of Arts, Architecture and Design in Prague) and recapitulates the most important milestones in the industry.
Short texts by Czech and international typographers describing the atmosphere of the times are distributed throughout the book, which aims to present Czech type design and its digital beginnings in as much detail as possible while placing it into an international context.

We spent five years of collecting fonts, source of typefaces and carefully reconstructing them for this book. This is my introducion for the publication:

Ah, now what to write for the introduction to this book... I can think of plenty of reasons why it’s being published, but I’m not a very good writer so I can’t link all the reasons together in a consistent message. The Czechs are experts at not promoting the country’s type production. There’s a school in Prague where students have been able to major in type design and the study of typography since the 1950s. Over the past few decades, several other institutes of higher education have also taken up the subject. The country must have produced a relatively high number of type designs in the past fifty plus years. Would you like to know what these designs are? So would I. If I’m not mistaken, the last publication that presented Czech type design was published in the 1980s. So we’ve got quite a bit to catch up on. Several years ago we set out to create at least a partial survey Czech contemporary type design. We limited ourselves to a period of just twenty years, but these years are critical given their location on the time line of modern Czech history and absolutely paramount in the cultural context. The second criterion for inclusion in the book was that the typeface be at least partially digitized. The type designs had to undergo some sort of digital process, whether vectorization or a complete redo into a useable type format. The longer we spent preparing the publication, the more complete a listing it seems we have been able to put together. So it is our honour to present to you over four hundred typefaces designed by over one hundred type designers. Enjoy! 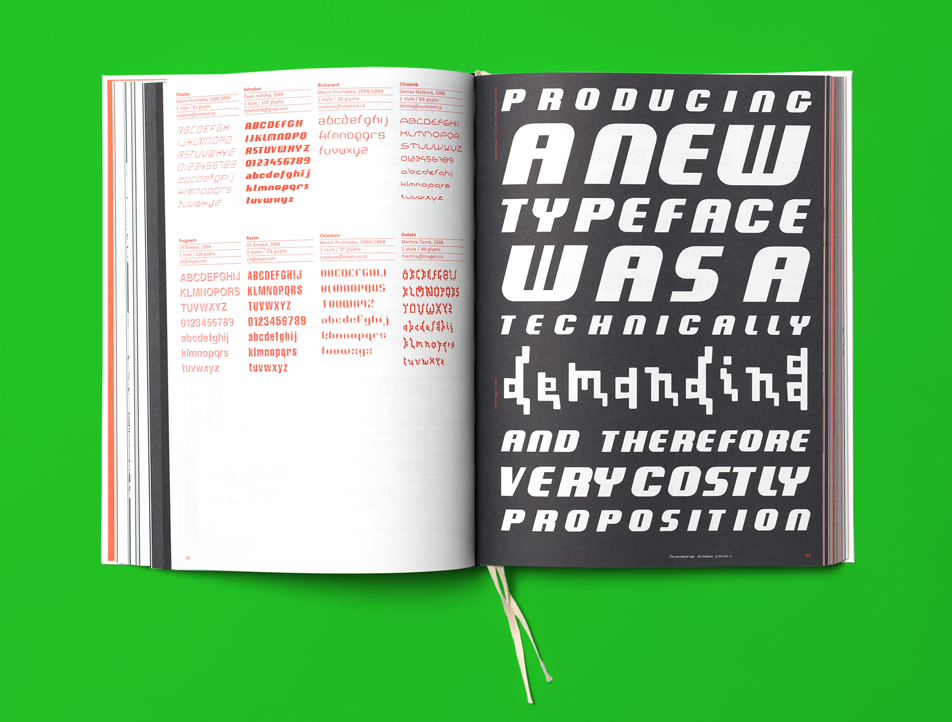 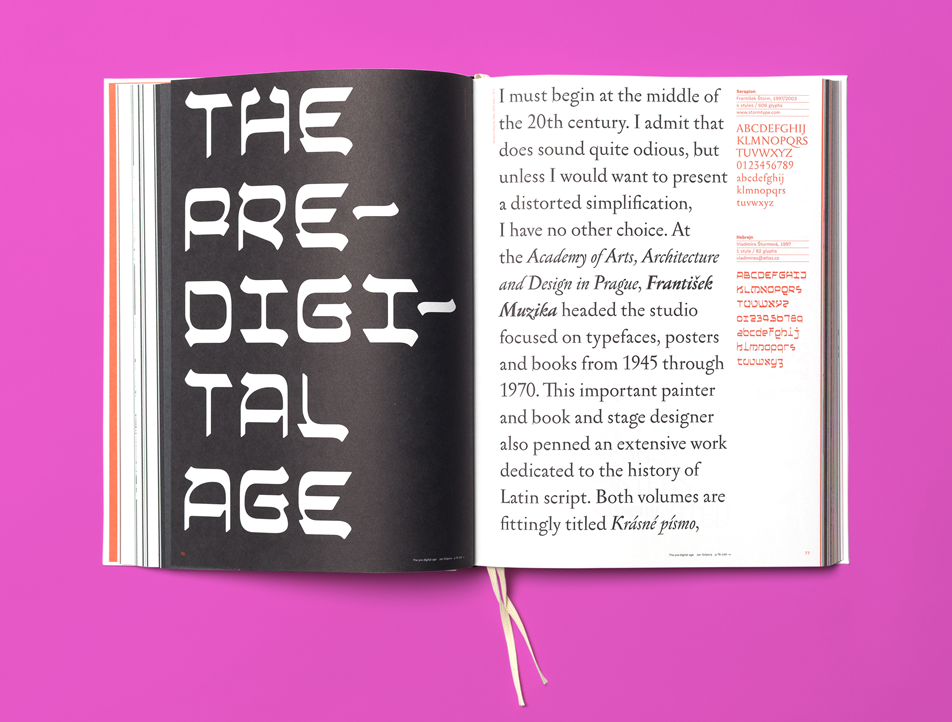 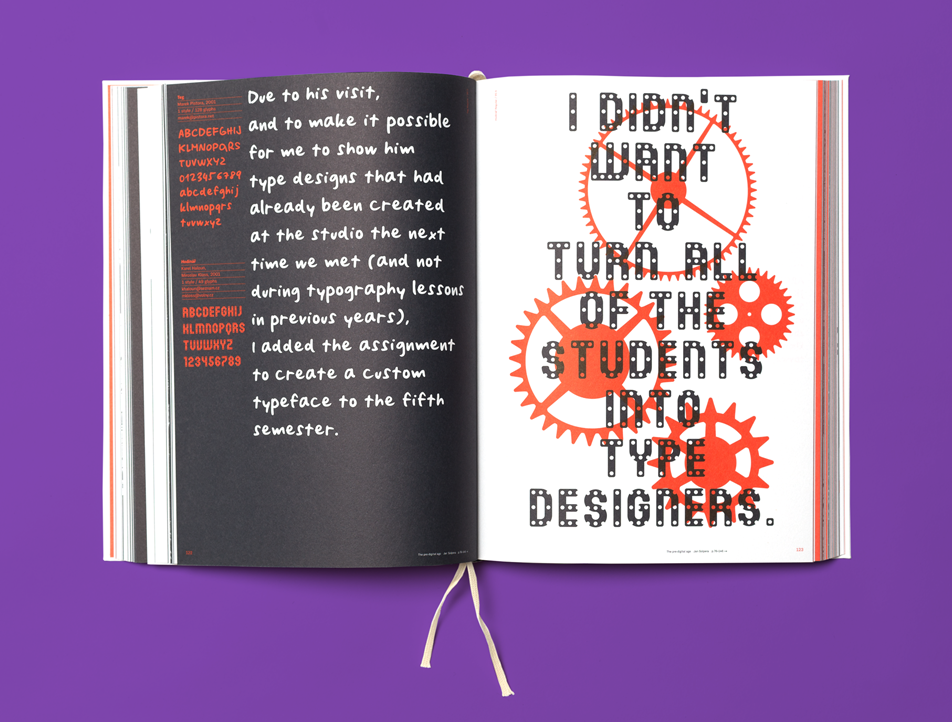 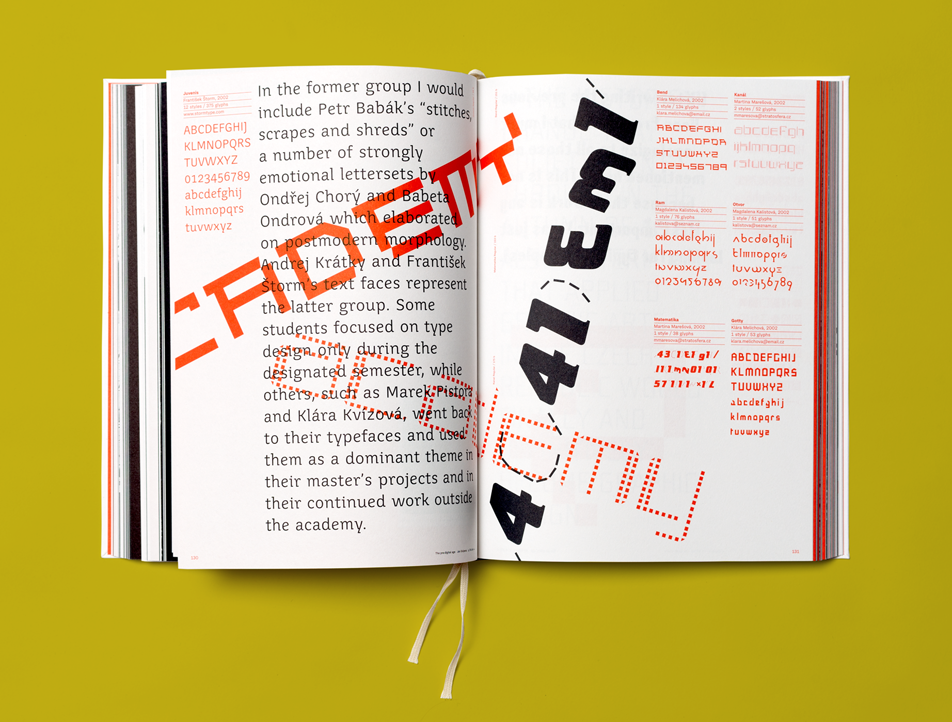